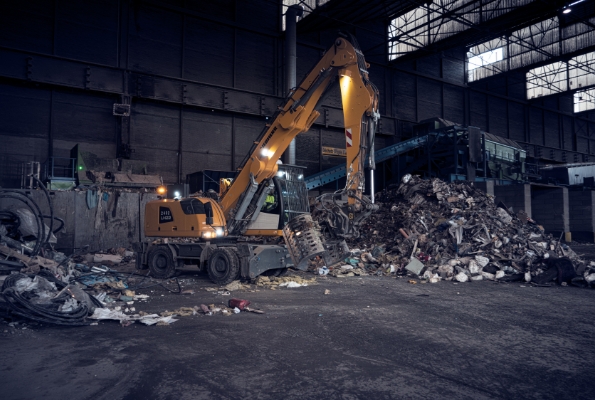 Why robot teachers are the first job of the future

Mention AI in a conversation and you’re likely to be met with either eager eyes (the big-time believers) or fearful glances (the robots-are-taking-over posse). Why this opposition, though? Why should AI be the solution to everything or the reason we’ll all be out of a job soon. To us, the solution is an alliance. One in which artificial intelligence serves as a way to consolidate human intelligence. It’s the way forward. And the main role in this development will be for the one who can talk both Robot and Human language.

The way we see it, we create jobs. No more ‘it’s a dirty job, but someone’s got to do it. Those dirty jobs are exactly the ones we build machines for. Think of gigs that are noisy, dangerous and physically demanding—like working in a waste management plant. At the same time, these are industries that play an important role in society. Following the waste management example: getting rid of waste in smart ways is a necessity to keep this planet spinning, and waste plants employ a lot of personnel. At the same time, these kinds of industries rely on finding workers for not-so-hot jobs who are ready, willing and able to take on the challenge of working there. No need to emphasise those are hard to come by.

Another example, one with a more rosy smell, is an industrial bakery we work with. This bakery has a hard time finding operators with the experience to match that of the head baker. The latter can look at a loaf, smell it and tell you whether it’s good or not. He has 30 years of experience boiled down to one good, hard look. His successor, however, has just come fresh out of school. While he certainly has the capacities it takes to follow in his boss’s footsteps, there’s no way to make up for the experience that will be lost as soon as the head baker retires. Except there is. AI can bridge the gap between the two of them.

It’s not humans versus machines, it’s a team effort

To ensure the head baker’s knowledge stays in-house, you can feed an algorithm all of his wisdom and make it accessible to everyone in the company. Of course, a statement like that is likely to be met with a lot of questions.

‘But doesn’t that make his successor redundant?’

No. Not if you hire a different profile. Someone who knows how to translate an existing process to an AI model and retrain it for new types of loaves, croissants and cookies. A teacher of sorts, whose job it is to keep knowledge on board, but also to build better machines. Machines we’ll need to make even better products. Call us bold, but to us, these teachers are protagonists in the building of a new world.

Today, a lot of product labelling is outsourced to countries where labour is cheap—a fact that is often mentioned when listing all AI’s cons. Yet it’s not AI choosing to outsource that labour, it’s decision-makers who make that call. A smarter move would be to ask your newly appointed robot teachers and operators with years of experience under their belt to qualify the imagery you assemble. Nobody knows the process or the product better than they do, so who better to entrust human intelligence to artificial intelligence?

‘But do you really still need humans when you’re working with AI?’

Yes, you do. Every AI case starts with analysing a production process or situation by capturing it in images, be it photographs or smart camera footage. Next, you need human interpretation to make sense out of that imagery before feeding it to an algorithm. You need someone who understands the imagery to determine the quality of the data, to interpret the situation and to decide on actions the AI should take, like an ‘if this then that’ rule. This human evaluation determines the end result. Skip the human watchdog and you’ll be stuck with an AI that only works in theory, not in practice. (Which, incidentally, is about 87% of AI projects).

‘Won’t people loathe this labelling, though?’

Experience tells us they don’t—much to the contrary. Employees love sharing their knowledge and training an AI boosts their involvement rather than decrease it. In fact, we often see employee enthusiasm rise as a project develops. In most cases, teachers are the ones to see opportunities where we, AI builders, didn’t. With all their product knowledge and understanding of the situation, they see where AI can help. In a food manufacturing company where we were asked to install a single camera, we ended placing six, monitoring the complete production chain from raw materials to finished products, thanks to the operators’ eye for opportunity.

Each time a revolutionary technology comes along, newspapers and unions scream of lost jobs and ramping unemployment. Steam machines were going to ruin the working class, while computers were here to make anyone with a math degree obsoleteabsolete. When cars could start automatically, the mechanics once responsible for starting them protested in the streets over their loss of employment. No one could see how much prosperity the car industry would yield in the future, or how many mechanics would be needed to keep those cars running.
Cagla Yilmaz is an operator at Florensis, one of our clients who plants cuttings using robots. “My first season, I mostly double-checked the robot’s work. By the second season, I was an operator. I’d learned so much about the robots that I could help other operators and smooth out the kinks. I’m really happy with this job. No two days are the same, and I can always be useful somewhere.”

No, robots aren’t here to replace humans. They’re here to root out menial, lifeless, repetitive work. We at Robovision, on the other hand, are here to get a conversation going between man and machine. To look at how robot teachers can play a whole new role—not just training machines, but acting as a translator of sorts. Between man and machine, between operators and data scientists, between CEOs and innovation officers. These teachers will become the men and women who can think like an AI and like a person, understanding the shortcoming and strengths of both.

To us, robot teachers are one of the jobs of the future. The people who will give us, humans, the tools in hand to do things we were never able to do before. And we don’t see those robot teachers as a happy few. They will be a whole new legion of professionals carving out new paths.